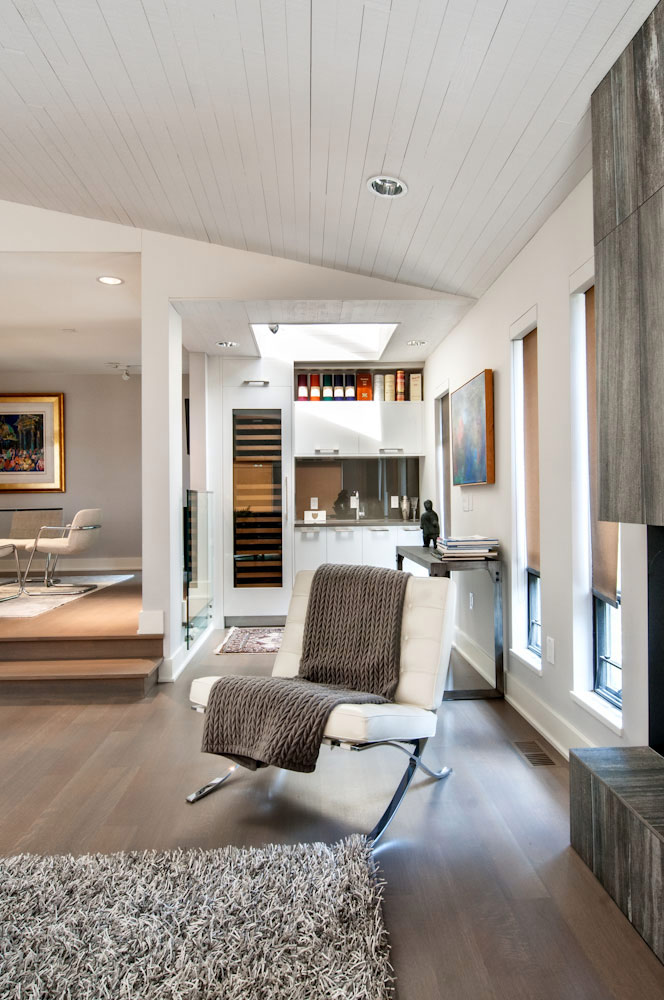 With cedar plank vaulted ceilings, large open rooms and windows opening onto the surrounding forest, this home did not need to be restructured. It was however ready to shed it’s 1970’s style.

The space was immediately transformed when the red cedar plank was painted a carefully chosen grey to compliment the freshly sanded, custom stained grey oak flooring. The colour theme continued into the kitchen where a rich, deeper grey and crisp white was chosen for the sleek, flat-panelled acrylic cabinetry.

The focal point of the living room – and also seen from the entrance hall – was a large stone fireplace. Using the existing gas insert, the surround was redesigned and transformed into a contemporary piece using a large format porcelain tile with vivid movement that added texture and presence.

Removing a counter with bar seating that separated the kitchen from the family room, further opened the space, improving the flow and allowing for an over-sized island – perfect for entertaining. Texture was added with the brick format counter to ceiling backsplash tile and warmth brought to the space by placing a full counter length American walnut raised bar on the island. The raised bar was handcrafted by the celebrated North Vancouver Artist, Brent Comber, and specially commissioned for this project.

Bathrooms were redesigned and updated with new tile, plumbing fixtures and lighting and the stairs and landing that open onto the entrance hall became a true feature with new contemporary glass and stainless railings. 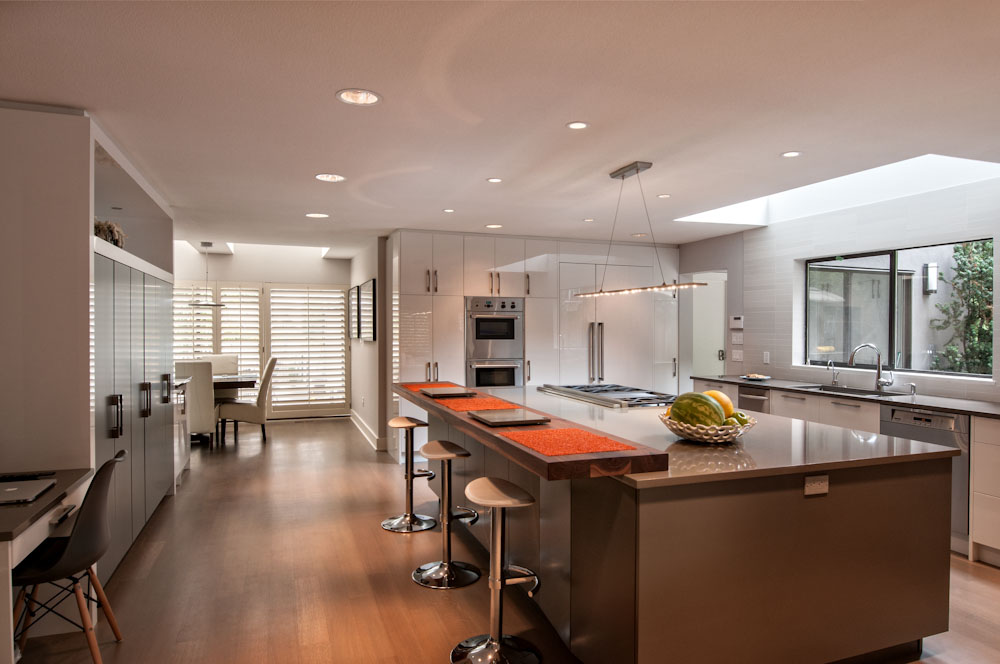 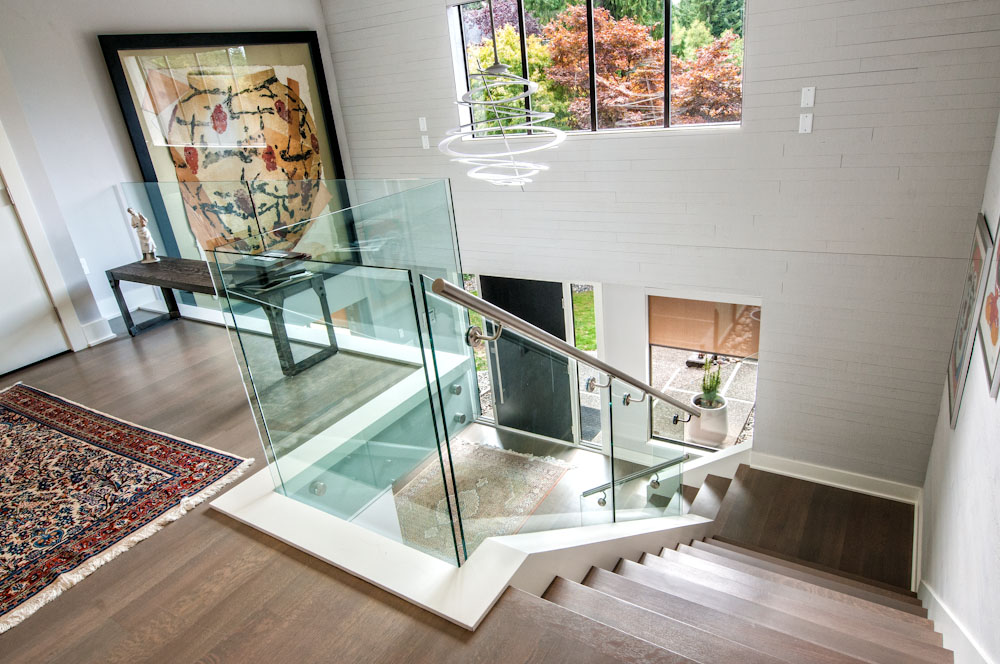 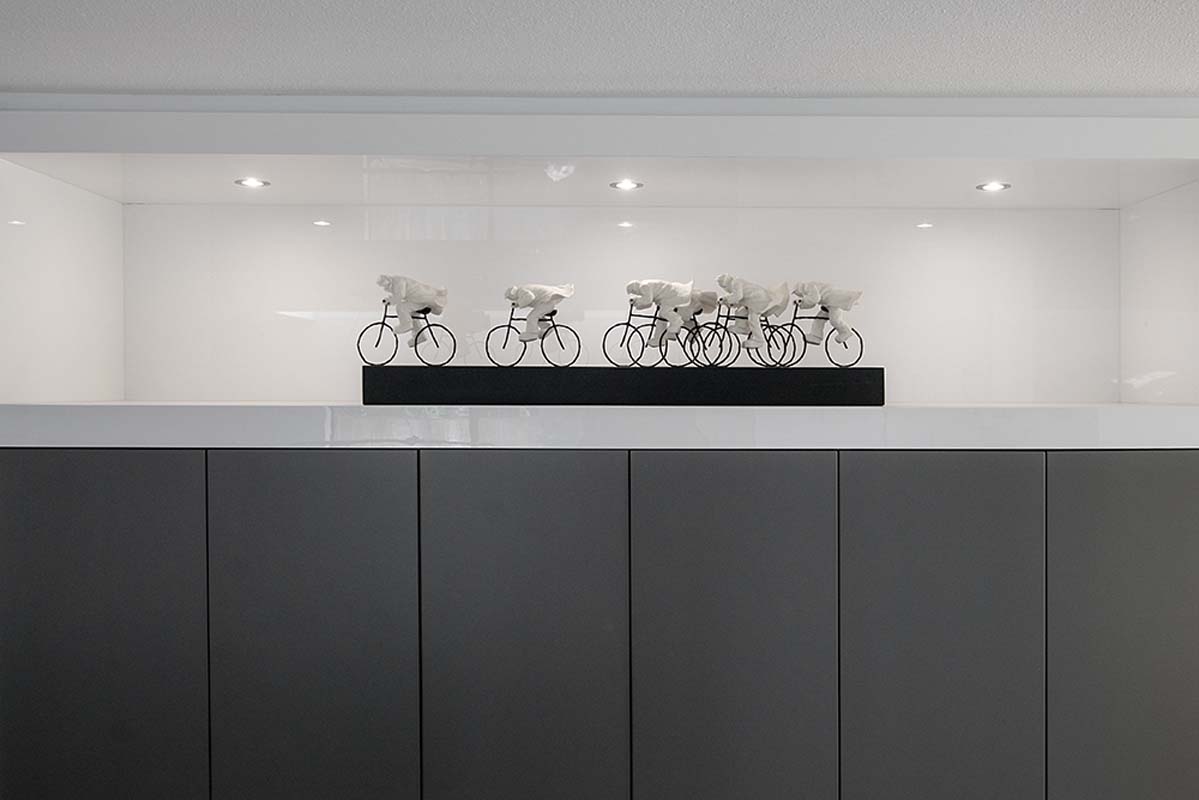 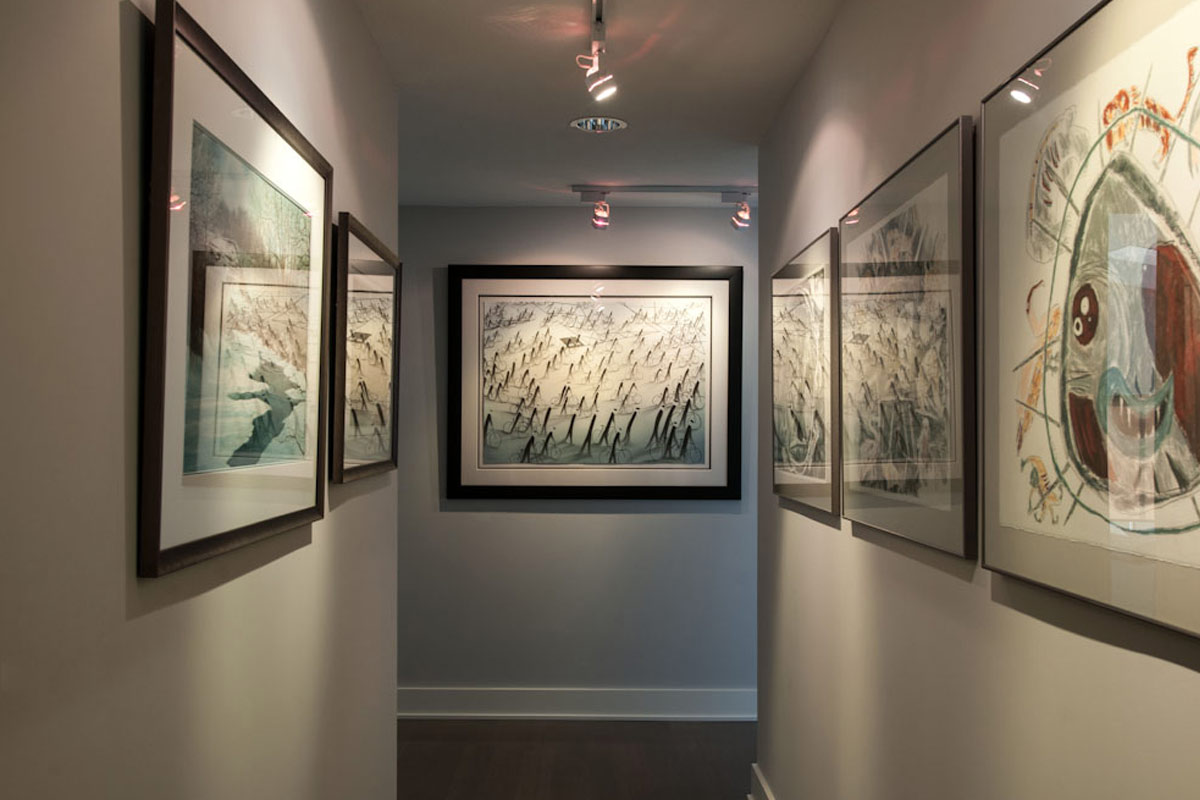 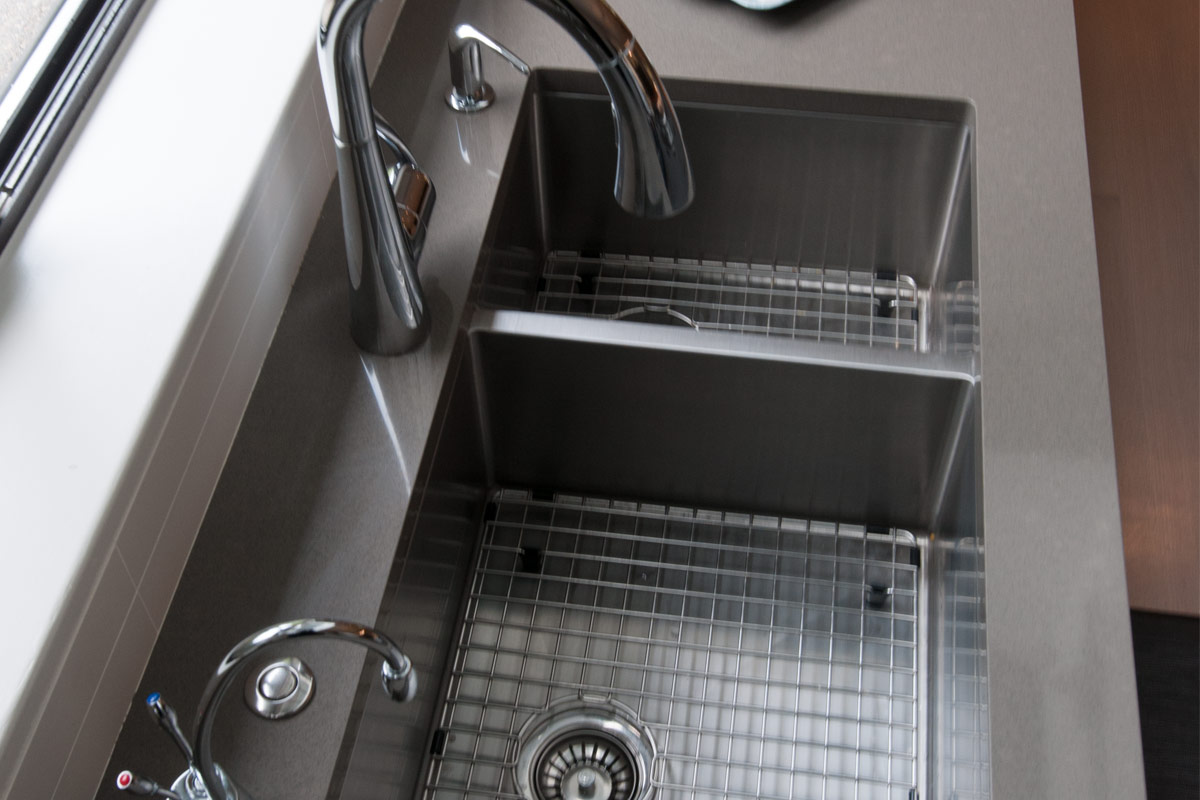 "We recently engaged Corbet Custom Design to fully renovate our 2,700 square foot apartment and we couldn’t be happier with the results. All the while, Tracy oversaw every detail of our renovation, ensuring the work was complete to the highest standards. The end result is so much more beautiful and livable that we had ever imagined. This is where we believe Tracy’s true vision is proven. We would recommend Corbet Design without any hesitation – they are simply first rate!"

"THANKS BIG TIME Tracy, if we should ever need to move again, we would only do so if you would accept us as your clients to undertake the renovation and redesign of it. Please feel free to show our condo to any of your potential clients … they will be as impressed as we were by your talent and professional execution to do any small or big turnkey renovation project. Tracy, our sincere compliments and thanks for creating our classy condo. You have exceeded our high expectations by a magnitude."

"Tracy Corbet hired our company Four Seasons Sunrooms to install floor to ceiling glass curtain walls on 2 separate occasions in the same building in West Vancouver. We worked with Tracey right from the start on both projects and from our experience, both went 100% according to plan. Tracey fully renovated the suites to create a high end living space for each, she coordinated all the sub trades and was very thorough with all aspects of the project. I look forward to working with Tracey again in the future and recommend to anyone thinking about doing a renovation to contact Corbet Custom Design."

"Tracy is very knowledgeable about space planning and materials; she is highly professional, detail oriented and transparent in her communication and approach. I believe that she genuinely cares about creating well designed, beautiful spaces for her clients and I found her team to reflect her ethos and diligence. Based on my experience I am happy to recommend this company to all future clients."

"I have had the pleasure of collaborating with Tracy on several projects including her own home renovation. She has impeccable taste, while maintaining an awareness of her client’s budget. She has a natural gift for assembling elegant contemporary interiors, and brings the valuable perspective of being a homeowner herself to the practical aspects of the process. I recommend her services without reservation!"